Siddhartha School tenth grader Namgail Tsewang painted a beautiful portrait of a ‘mei-mei-ley,’ the respectful word for an older Ladakhi man. While it literally means ‘grandfather,’ children use the term for the elder generation in recognition of their wisdom and importance in Ladakhi society. I love how this “mei-mei-ley” is painted with the sun illuminating his back as he takes the family cow somewhere to graze.

A few summers back I went to Pangong Lake, the highest and longest glacial lake in the world, along the border of Ladakh and China. It was a beautiful trip with my then nine year old son, George, Khen Rinpoche, and his nephew. As we got farther from the rapidly developing district area known as Leh, more animals, birds, and plants emerged on the landscape unlike any I’d seen in years of coming to the school.

The mountains were studded patches of green and furry, black yak and dzo (a cross between a yak and a cow). Rinpoche and his nephew commented that the peaks of the mountains were not nearly as white as when they were young, indicating that the weather and temperature are changing with the times.

Ancient glacial deposits of smooth stone set into the countryside invited us for an impromptu picnic. We parked the jeep on the newly paved service road and started eating our tomato and cheese sandwiches when a mei-mei-ley came upon us with a hearty “Jullay!” (Jullay is the ubiquitous greeting in Ladakh, an all purpose, good wish that means both hello and thank you.)

The old man’s face was dark with dirt and sweat, his glasses were thick and scratched, and I wondered how he could see at all. He merrily reached inside the buttoned lapel of his woolen guncha and pulled out a recycled Mountain Dew bottle filled with frothy, fresh milk.

Rinpoche and his nephew drank carefully drank from the bottle, pouring it into their mouths without letting the day glow plastic container touch their lips. While I wish I could have partaken, I knew it would be foolish given my foreign stomach. My son and I tried to show we appreciated the old man’s gift by offering him some of our cookies. He took some, but didn’t eat them. Instead, he tucked them into his pocket and explained to our Ladakhi friends that he would bring them back to his grandchildren.

Rinpoche asked him how long he’d been out with the animals and, it turned out, it had been several days. His family was out harvesting barley, work he said was done by the stronger men and women. The old man pulled out his mala and recited prayers while we finished our lunch.

Namgail Tsewang and the other students of Siddhartha School recognize that the older generation, the grandfathers and grandmothers, have a special connection to the young. The gifts they bear—milk, cookies, stories, prayers—are precious in a changing landscape.

With deep appreciation for all that you do for the Siddhartha School and the children,

News on the #OurSSP Campaign:
May the Crop Grow Heavy!

The Siddhartha School Project Board is delighted to report a very successful start for our end of year annual appeal. Khen Rinpoche, Siddhartha School founder and Geshe Tsewang, the school’s new director are so thankful to everyone who has stepped forward to kick off this year’s campaign on #GivingTuesday with such a strong show of support. Together we have already raised over $60,000 for the project in online pledges, checks, and matching gifts! 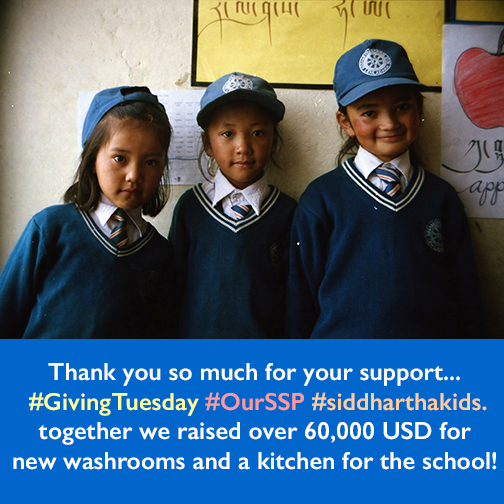 If you haven’t yet contributed to the campaign, it’s not too late. We’d like to keep up the momentum and raise another $12,000 before year end for additional improvements to the student computer lab. Our goal is within reach!

Did You Know Your Holiday Shopping Can Help
Siddhartha School Project?

SSP is a registered charitable organization with GoodShop. We can get .5% of registered purchases donated to the Siddhartha School Project.

Go to goodshop.com. Type Siddhartha School Project in the organization field, select it from the pop up menu, and go shop!

SSP is a registered charitable organization with Amazon. We can get .5% of registered purchases donated to the Siddhartha School Project.

Go to smile.amazon.com. Type Siddhartha School Project in the organization field, select it from the pop up menu, and go shop! 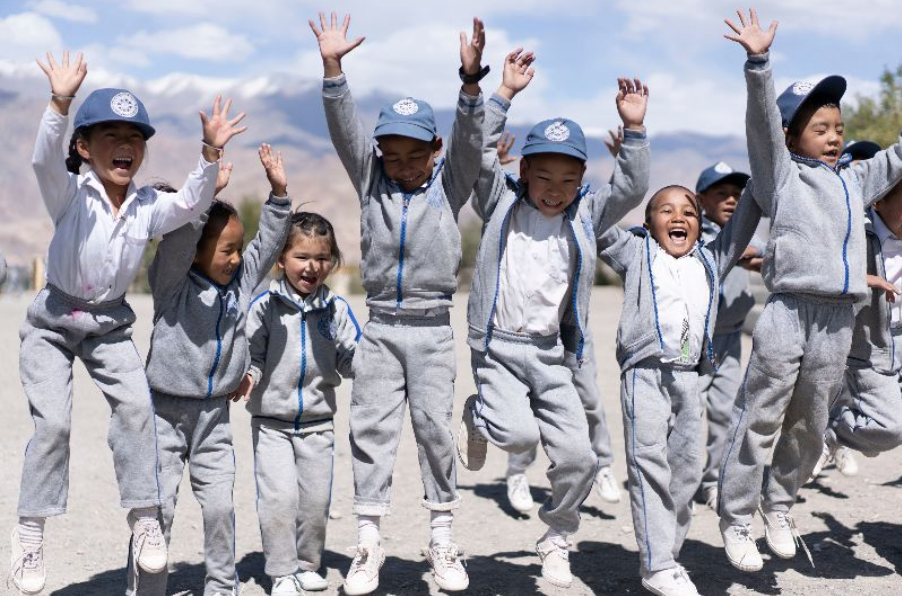 So Many Ways to Contribute! 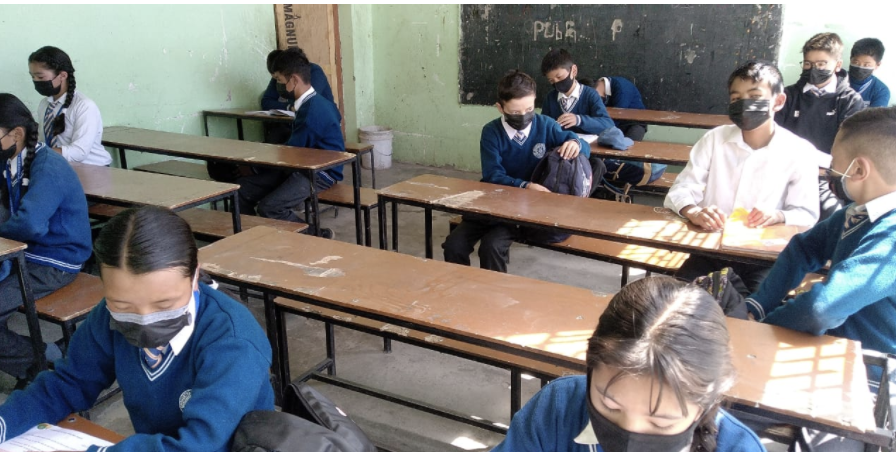 Get the Scoop: We’ve Got More Kids Back, and... 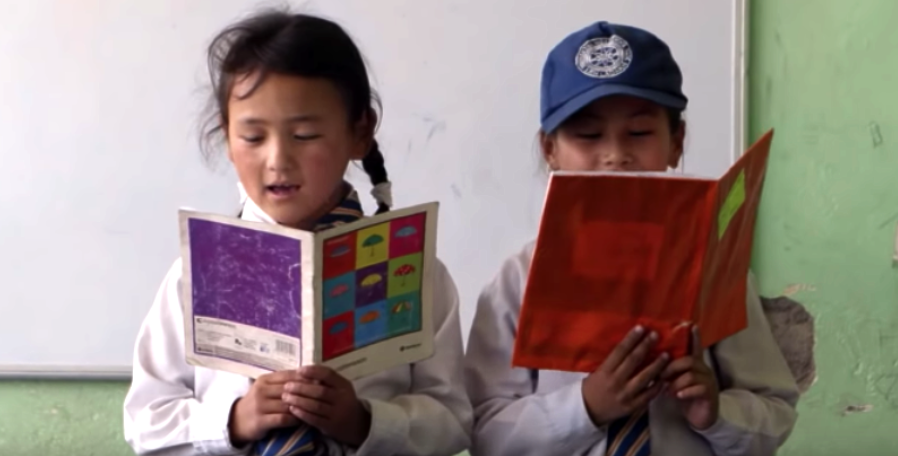